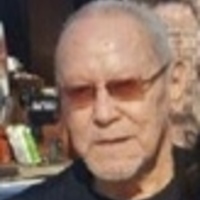 Albert Ronald Whitman passed in peace on October 1, 2019 at his home in Tulsa Oklahoma at the age of 71. He was married Glenda Hudson, they later divorced. Ron was born in Elbowood, North Dakota in June 17, 1945. He is the son of Verna Bell and Albert Whitman. He received his GED through the military, and served in the Vietnam War. He retired from the Claremore Indian Hospital. Ron enjoyed painting, drawing, gambling and fishing. He will be remembered for all his kindness he brought to the world and his willingness to give and help others. He is survived by one living daughter, Billie Kay Bingham and one deceased daughter Rhonda Kay Modesto, who he has joined in heaven. He has four grandchildren and two great grandchildren. Grandchildren are Timothy Dewayne Bingham, Tyler Anthony Bingham, Heaven Renee Pinkston and Heather Nicole Bingham. Great grandchildren are Greyson Pinkston and Blakely Pinkston. He is also survived by his brothers and sisters, Vincentia (Morris) Michelle Brown, Debbie Duvall, Adia Holland, Margot Judy “Gibby,” Jamie & Orbanna “Banni” along with their children grandchildren and great grandchildren. Albert is survived by his brothers Virgil Tiokasin, and Clifton Whitman. Albert is preceded in death by his mother Verona and step mother Jenie, two brothers Albert Whitman Sr. & Wade Whitman, as well as one sister Alberta Whitman.

To order memorial trees or send flowers to the family in memory of Albert Whitman, please visit our flower store.