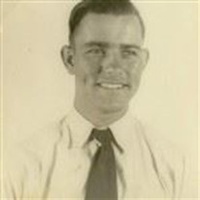 January 15, 2014 Alvin Ollis Pifer, 89,born December 16, 1924 to Leonard and Ollie (Whitmire) Pifer. He died peacefully at home on Monday, January 13, 2014. Alvin was a hardworking man, who did things his way, and did not like to be told that he was ever wrong. Alvin refused to accept the fact that he was getting older and shouldn't be doing some of the things that he did. He continued to mow his eight acres in Catoosa until two months ago, five months ago he finally gave in to not driving anymore. He always liked having control and had the hardest time accepting the fact that he just couldn't do the things he was able to do before. Alvin graduated from Coweta High School and kept up with his classmates at their monthly breakfast until health reasons kept him from attending. Alvin met the love of his life Catherine while delivering milk to the Crown Drug in Tulsa, she worked as a soda jerk and would make his milk shakes for him. It wasn't until after their first date, while he was taking her home, that he learned she was only 13 years old and he was 20. Alvin joined the Army, traveled some, and worked for the Forestry Department in California, but he and Catherine kept in touch through out the time he was gone. They were married April 30, 1948, with this union two daughters were born Debra D'Ann and Peggy Jane. Alvin worked as a machinist for Seismograph, after retiring he ran his own machine shop from his garage. Alvin loved to hunt, fish, go camping, and travel. He and his hunting buddies would take trips to Colorado and hunt Elk, Catherine and Alvin would camp at several different lakes, they bought a travel trailer, and traveled all over until Catherine was unable to due to health reasons. Alvin is preceded in death by his parents, his brothers Herschel and Raymond Pifer, his wife Catherine, daughters Debbie and Peggy, and grandson Tony Young. He is survived by his brother Leonard Jr. and wife Jewel, granddaughters Catrina Young and her fiance' Wayne Arnett, Jennifer Young and fiancé Jason Carpenter, Sharron Allen and her husband Mark, DeAnna Browne, great grandchildren, Brandi Carroll and her husband Benjamin, Abbie Lacy and Phillip Bowen, Samantha Lacy, TJ and Jesse Godfrey, and Azalee Hinshaw, great great grandchild Alexis Carroll. http://youtu.be/k9Se1e9uJeU

To order memorial trees or send flowers to the family in memory of Alvin Pifer, please visit our flower store.