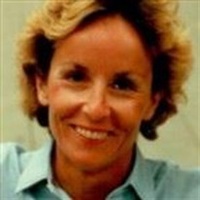 July 14, 2013 Susan B Kennedy, MD, 65, passed from this life July 9, 2013 at her home in Tucson, AZ. She was born in Oklahoma City, OK on November 10th, 1947 to Joe and Em Basolo of Muskogee, OK. Susan graduated from Muskogee High School and received her BA from The University of Oklahoma where she graduated Phi Beta Kappa, was a member of the Kappa Alpha Theta Sorority, and received the Carl Albert Award for Outstanding Senior in the College of Arts and Sciences. Upon completion of her BA, Susan enrolled in medical school at Washington University in Saint Louis, MO. She graduated from medical school in the top 10% of her class and was a member of the Alpha Omega Alpha Honor Medical Society. Susan successfully owned and operated several dermatology clinics in Muskogee, Okmulgee, and McAlester before retiring to Tucson and Flagstaff, AZ. Susan's zest for life showed through her many hobbies, her relationships with dear friends, and her dedication to her favorite causes. As a young woman, Susan won the Oklahoma State Junior Golf Championship in 1964 and 1965. She qualified for the USGA Women's Amateur Golf Tournament in 1964 and 1984. As a result of these accolades, Muskogee High School inducted her into their Athletic Hall of Fame. Later in life, she continued playing golf, hiking, and biking. Susan often entertained her family and her many friends at her homes in Muskogee, Tulsa, Tucson, and Flagstaff. She loved cooking gourmet meals and generously opened her beautiful homes to many guests from all over the country. She traveled extensively in the United States and Europe and collected art pieces from all over the world. She was a member of Muskogee, Southern Hills, Ventana Canyon, Pine Canyon and Skyline Country Clubs. Throughout her life, Susan loved her many dogs and actively supported the Humane Society of Southern Arizona. Susan was preceded in death by her beloved grandmother, Clarice Chestnut Snyder, and her father, Joe Basolo. She is survived by: her loving partner, Becky Hale; her two sons, Tom Kennedy, his wife Hayden, and two grandsons Graham and Brody, her son Joseph Kennedy, his wife Sarah, and two granddaughters Julia and Iris; her mother, Em Basolo; her sister, Nancy Green; and her brother, John Basolo. A viewing was held Sunday, July 14th at 5:00-7:00 pm at Kennedy-Midtown Funeral & Cremation. A funeral was held Monday July 15th at 10:00 am at Trinity Episcopal Church in Tulsa. Interment at Fairlawn Cemetery in Oklahoma City. In lieu of flowers, the family requests that donations be made to Trinity Episcopal Church, the Humane Society of Southern Arizona, and Washington University Medical School in Saint Louis. Kennedy-Midtown Funeral &
Cremation, 918.599.7799, kennedycares.com. http://youtu.be/RqxL-fXOk3I

To order memorial trees or send flowers to the family in memory of B. Kennedy, please visit our flower store.