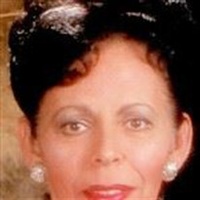 August 12, 2011 Blanca (Perales) Plemons died Monday, July 25, 2011 at the age of 84. She lived with her husband Allen Leon Plemons; daughter Alana Plemons; and grandchildren when she died peacefully in her sleep from causes related to Alzheimer's Disease. She was born on October 29, 1926 in Naguabo, Puerto Rico to Angel and Angela Perales. She was married on April 3, 1960 in Las Vegas, Nevada to Allen Leon Plemons. She graduated as a registered dietitian and was a member of Eastern Star. Some of her many hobbies included quilting, lapidary, canning and square dancing. She is survived by her husband Allen Leon Plemons, 86; daughter Alana V. Woffinden, 48; and grandchildren: Shane, 26, Amber, 23, Austin, 20, Shad, 15, and Adam, 8. She was preceded in death by William Plemons, a son lost in childbirth. Viewing: 5-7PM Friday, August 12 at Kennedy-Kennard Funeral & Cremation, 202 E. Oak St., Catoosa, OK 74015, 918.266.2112 and 9-945AM Saturday, August 13 at The Church of Jesus Christ of Latter-day Saints, 9309 N. 129th E. Ave., Owasso, OK 74055, 918.272.7175; service: 10AM at the church; interment: Dick Duck Cemetery. Thanks go out to The Homestead and Bel Aire who so lovingly cared for her in her last days, Serenicare Mortuary, Kennedy-Kennard Funeral & Cremation and the members of The Church of Jesus Christ of Latter-day Saints who have helped with funeral services. Kennedy-Kennard Funeral & Cremation, Catoosa, 918.266.2112.

To order memorial trees or send flowers to the family in memory of Blanca Plemons, please visit our flower store.