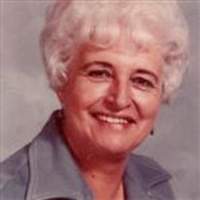 April 18, 2012 Cara Dena Staten Morrison was born August 20, 1922 in Enon, Arkansas and passed from this life April 12, 2012 in Catoosa, Oklahoma. She was the 7th of ten children born to Alby Cidney Staten and Ida Belle Anderson Staten. She married Etcil Ray "Hoot" Morrison on November 7, 1942, and they were parents to four children who were raised in Catoosa. Mrs. Morrison came to Oklahoma with her family in 1929. She graduated from Chouteau High School at age 17 and Northeastern State University in Tahlequah in 1954, where she later earned a school librarian's certificate. During World War II she was able to be certified to teach with no degree and taught in little country schools for five years. Mrs. Morrison taught for Catoosa Public Schools for 28 years before she retired in 1985. In the smaller schools, she taught grades K-8 in one room, but at Catoosa she taught 3rd grade and ultimately served as elementary librarian. Mrs. Morrison left Catoosa after she retired and moved to Pryor to be near her sisters and childhood friends. She was an active member of the First Christian-Presbyterian Church in Pryor and the Mayes County Retired Teachers Association before she returned to Catoosa in 2010 to live in the Canoe Brook Assisted Living community. Mrs. Morrison was an avid reader and quilt maker. She loved to paint and do handicrafts and had a small business doing so while she lived in Pryor. Mrs. Morrison was preceded in death by her husband Etcil Ray "Hoot" Morrison in 1977, her grandson Gerald Anthony Dorland, Jr. in 1997, her son Larry Ray Morrison in 2009, and her daughter Barbara Ann Morrison Harris in 2010, her parents, four brothers, four sisters, three nieces and four nephews. She is survived by her sister Rowena Staten Mitchell of Pryor, and her children Peggy Sue Morrison Hill and husband Robert of Catoosa, John Dean Morrison and wife Susan of Victoria, Texas, Marion Carnes Morrison of Catoosa and Willard Harris of Claremore. Mrs. Morrison's surviving grandchildren are Angela Michelle Hill Kachuyevski and husband Yevgeny of Elkins Park, PA, Jennifer Dawn Morrison Campbell of Tulsa, Bobi Jo Hill Deere and husband Joe of Catoosa, Michael Ray Morrison and wife Andrea of Catoosa, Matthew Clayton Morrison of Ft. Worth, Texas, Andrew Holland Morrison of Victoria, Texas and Monique Harris Thomas and her husband William of Skiatook. She is also survived by 17 great-grandchildren, 2 great-great grandchildren, 14 nieces and 12 nephews and their descendents, as well as a host of loving students and friends. Her wake will be held from 5-7 pm, Monday, April 16 at the Kennedy-Kennard Funeral Home in Catoosa, and she will be interned at a graveside service on Tuesday at 10 am at Dick Duck Cemetery in Catoosa.

To order memorial trees or send flowers to the family in memory of Cara Morrison, please visit our flower store.