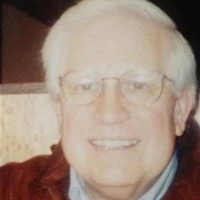 Charles Arnold Archibald of Coweta, 80, passed away November 9, 2016 in Tulsa. He was born August 21, 1936 in Louisville, Kentucky to Phyllis Rice Archibald and James Archibald. Charles - or Charley - was an intelligent, kind and funny father, grandfather, husband and friend. He graduated from Kentucky Military Institute with honors and then earned a B.B.A degree from the University of Cincinnati where he majored in Management with an emphasis on Finance and Economics. Following graduation he married Rosa Cusano and then attended U.S. Navy Officer Candidate School and U.S. Navy Supply School. After that he served for 3 ½ years active duty on a supply ship in Japan where he was responsible for a 100-person department. Following that he served three years in the Naval Reserves and reached the rank of Lieutenant Commander. After leaving the service he was Executive Vice President & COO of his family's general construction firm in Cincinnati. He and his family moved to Chicago in 1971 where he worked in Executive Recruiting. In 1978, he continued his career in Executive Recruitment in Springfield, Missouri. Charley had many business interests throughout the U.S. and Europe with a focus on Spain. He "retired" to Tulsa in 2001 but continued working as a contractor for several companies including West Corporation, Clear Channel and consulted on the renovation of the Holiday Inn in downtown Tulsa. Charles loved all sports, playing games, Broadway musicals and had a great affinity for New York which his granddaughter - Jameson White - inherited. One of his biggest joys was watching her perform in many musicals and plays. Charley was preceded in death by his father, James Henry Archibald, his mother Phyllis Rice Archibald, his son James Henry the II (Jimbo)
and his former wife, Rosa Archibald Shockey. He is survived by his daughter Diane (Archibald) White, son-in-law David White, granddaughters Jameson White and Bailey Fryer. A memorial service is planned for 4 p.m. Friday, December 2nd at Carriage Crossing in Coweta 28530 East 141st Street. In lieu of flowers the family asks that donations be sent to the Oklahoma Alliance for Animals, 5321 S. Sheridan Rd. #30, Tulsa 74145.Kennedy Midtown Funeral & Cremation. www.kennedycares.com

To order memorial trees or send flowers to the family in memory of Charles Archibald, please visit our flower store.