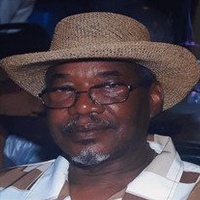 Obituary
Charles F. Fisher was born to Alberta Stubblefield and Ralph Fisher on January 14, 1937 in Tulsa, Oklahoma. Charles attended St. Monica High School in Tulsa Oklahoma, Class of 1956.
Charles served 6 dedicated' years of service in the U.S. Army as a Military Policeman. He attended US Customs School in Belboic, Virginia during his military training. He went on to receive an honorable discharge in 1965. In 1996, after 37 years of employment at Rockwell International, he decided to retire and begin enjoying the retired life. He founded and opened a motorcycle club, The Golden Eagles Bar, aka The Eagle's Nest, which he owned and operated from 1996 through 1998 in Tulsa, OK. He soon realized that he wasn't ready for the retired life, in 2007 he became a Bus Driver for the Jenks Public School District where he was adored by many including the school staff, children and parents on his route additionally, he received notable recognition and rewards for his excellent service. He worked diligently until May 2018 when his illness took a toll on his ability to drive. Charles loved to cook, play dominoes, and entertain with his family and friends; however, his true passion was riding his motorcycle and traveling with his motorcycle-riding friends and his son Chuck. Hanging out with his Posse' gave him much joy: Venas, Harriet, Jerry, Buck, Jake, Mr. Harris, Charlie Rose, Fuzzy and BaBay, were his Posse' and his eyes lit up with enjoyment when he talked about his many adventures. After 81 years of life, the Angels opened the doors of heaven and on November 27, 2018 the Lord welcomed him home. Charles was preceded in death by his beloved mother, Alberta Stubblefield, Father Ralph Fisher and his oldest son, Ronald Fisher. He leaves to cherish his memory 5 beautiful children, Renee Johnson (Claude), Tulsa OK, Lenora Fisher, Brandon FL, Charles F. Fisher Jr. (Lady), Rockwall TX, Charlette Fisher, Tulsa OK and Marcus Fisher Okla. City OK; Twelve Grandchildren, 4 Great Children, a host of other family and friends and his faithful pet Ebony.

To order memorial trees or send flowers to the family in memory of Charles Fisher, please visit our flower store.