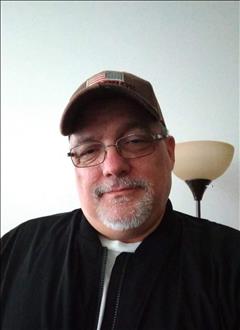 Chuck grew up learning the trade of construction from his father while going to school
In high school he met and fell in love with his high school sweetheart, Marianne Patrill whom he would wed after high school at the age of 19. Two daughters would come from this marriage: Nichole Lynn and Lisa Maria. Marianne would later precede him in death on April 12, 1996.

He would go on to marry, Barbara Henderson on July 12, 1997 later separating a few years afterward.

Charles had learned trades in construction and installing alarm systems. He would later become a volunteer firefighter/EMT for twelve years before becoming a 911 dispatcher for Erwin Burroughs, PN. He later retired do to health issues.

In 2018 he would find love again and move to Tulsa, OK to be with the love of his life, Dawnisha Davison, whom stood by his side until his death on December 17, 2020.

He leaves behind his sister: Genevieve Perry of Pennsylvania, his brother: Michael Leseiko of Illinois; his daughters: Nichole Lynn and Lisa Maria Leseiko as well as a host of nieces and nephews.

Chuck was a huge man with a huge heart, that loved his country and all that fought to keep it safe and free. His presence will be missed as his soul now is at rest.

To order memorial trees or send flowers to the family in memory of Charles Leseiko Jr., please visit our flower store.