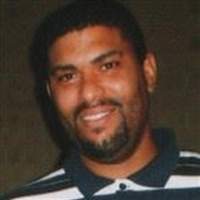 September 17, 2013 Chuncy "Cheech" Bernoid Wilhite Sr., 41, of Oklahoma, was granted his angel wings on September 11, 2013. His final days were spent surrounded by family and friends that he touched in some way throughout his journey of life. Life would seem too short to many, but those who were touched by him understood the quality of existence far exceeds the quantity of time in which one lives. Chuncy was born October 3, 1971 in Chicago, IL to Faye Bernice Ward. Chuncy attended Central High School in Tulsa, Oklahoma and obtained his G.E.D. later in life. His interest included cooking and watching wildlife programs. His favourite pastime was watching football and basketball games. Chuncy was a lifetime fan of the Detroit Pistons and the San Francisco 49ers. He devoted most of his time to enjoying his life to the fullest and was always the life of the party but then there were times he was serious and shared his philosophy on life. He prayed every morning and worked hard on the job. He also enjoyed spending time with his friends many of which he had since childhood. But his all-time favourite pastime was to spend time with his pride and joy "CJ" who he enjoyed playing basketball with even though "CJ" schooled him continuously. He is survived by his partner of 20 years Myra LaVonne Walters("Jean"), son Chuncy Bernoid Wilhite Jr "CJ", stepsons; Marvin Leon Sample III, Bryan Marquis Sample, sisters; Kimberly Cherise Wilhite and Tiaesha Mechelle Jones, brother-in-law Ramone Jones, niece Arianna Mechelle Jones, nephew Armon Andrew Jones; grandsons Maliq Sample and Malaki Gilliam and a host of family and friends. He was preceded in death by his mother Faye Bernice Ward and daughter Briyanna Mechelle Wilhite. Arrangements are with Kennedy Midtown Funeral and Cremation. www.kennedycares.com

To order memorial trees or send flowers to the family in memory of Chuncy Wilhite, please visit our flower store.