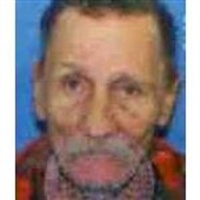 April 30, 2013 Dannie Frank Hasley of Haskell, OK passed away April 26, 2013 at the age of 63. He was born January 8, 1949 to Henry and Katherine (Houser) Hasley in Lawton, OK. Dannie enjoyed painting, fishing, and was known for his great sense of humor. He had a special way of bringing a smile to everyone around him. Dannie was preceded in death by his parents, his brother in law Jerry Erwin, his sisters: Connie, Mary Helen, Mildred, and Betsy; his brothers: Billy Gene and Floyd; his niece Connie Erwin, and his nephew Claude Barker. Dannie leaves behind a sister, Linda Erwin; his nephews: Travis Erwin and his companion, Clara, Jerry Erwin and wife Pam, Justin, Austin, Melvin Don, and Floyd Jr., nieces: Karen, Sandra, and Judy, as well as several great nieces and nephews, and a host of friends and loved ones. Dannie will be laid to rest Wednesday, May 1, 2013, 1:00p.m. at Ft. Gibson National Cemetery. Kennedy Funeral & Cremation, Tulsa, 918-599-
7799, kennedycares.com.

To order memorial trees or send flowers to the family in memory of Dannie Hasley, please visit our flower store.