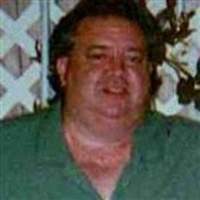 May 18, 2012 David Michael Harper, Sr. passed from this life on May 17, 2012 in Tulsa, OK at the age of 62 years, 4 months and 5 days. He was born on January 12, 1950 in Tulsa, OK to Sherman Lester Harper and Eudoxia Mae Mills Harper. David worked in the maintenance and repair field in the aerospace industry and proudly served his country in the United States Army. He enjoyed playing poker, watching football, singing karaoke and most of all, spending time with his grandchildren. David was preceded in death by his son, Kevin Harper; his parents, Sherman and Eudoxia Harper; his sister, Gloria Fashing; and his brother, Eldon Harper. He is survived by his loving wife, Karen Sue Epps Harper of Tulsa whom he married on July 5, 2002 in Miami, OK; daughter, Cherry Harper Smith of Jenks;
son, David Harper, Jr. and wife Shanna of Tulsa; stepchildren, Dustin Long of Choteau, Denton Long of Tulsa, Delana Herron and husband Brad of Tulsa, Deanna Dobbins and husband Joel of Mannford, and Denea Canady and husband Donnie of Tulsa;
grandchildren, Caleb Smith, Kamryn Smith, Micah Harper and Megan Harper; step grandchildren, Devin Long, Roxanna Long, Kevin Long, Destiny Long, Gavin Long, Braden Herron, Shelby Dobbins, Summer Dobbins, and Jozee Canady; and numerous other family members and friends. In lieu of flowers, the family requests monetary donations to be made to help cove David's final expenses. Viewing will be from 3-7 Monday and Tuesday and a funeral service will be held at 2:00, Wednesday, May 23, 2012 at the Winnetka Heights Baptist Church with interment following in Boatman, OK. Services entrusted to Kennedy-Midtown Funeral & Cremation. www.kennedycares.com

To order memorial trees or send flowers to the family in memory of David Harper, please visit our flower store.