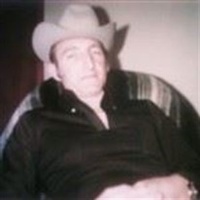 March 29, 2012 Davis Don Carpenter passed away on March 26, 2012 in Tulsa, OK at the age of 74 years, 5 months and 3 days. He was born on October 23, 1937 in Ash Flat, AR to Marlin and Nellie (Biggers) Carpenter. On December 12, 1969, Davis married Judy (Rogers)
Carpenter in Rogers, AR. He served in the United States Air Force and then worked as a plant manager for Tyson Foods the majority of his life. Davis loved anything outdoors, fishing, mowing his grass and most of all, spending time with his family. He was preceded in death by his parents, Marlin and Nellie; and brothers, Lloyd Carpenter, Laman Carpenter and W.O. Carpenter. Davis is survived by his wife, Judy of Miami, OK; children, Brian Walters and wife Sandra of Collinsville, OK, Marlin Carpenter and wife Susan Cowart of Miami, OK, Bret Walters and wife Pam of Springdale, AR, Regina Wilson and husband, Mike Fenton of Little Rock, AR, and Davis Carpenter, Jr. of Tucker, AR; siblings, Dora Wells of Ash Flat, AR, and Darrell Carpenter and wife Sandra of Ash Flat, AR. Davis was loved by many and will truly be missed. In lieu of flowers, the family suggest donations be made to either St. Jude's Research Hospital or Feed the Children. Visitation with Military Honors will be held from 4Pm-6PM, Sunday, April 1, 2012 at the Paul Thomas Funeral Home in Miami, OK. Services entrusted to Kennedy-Kennard Funeral &
Cremation, Catoosa, OK 918-266-2112. www.kennedycares.com

To order memorial trees or send flowers to the family in memory of Davis Carpenter, please visit our flower store.