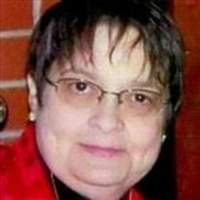 March 26, 2012 Debra Pifer Young Brown was born on November 10, 1950 to Alvin and Catherine (Ramsey) Pifer. She died peacefully at home on Saturday, March 24, 2012 at the age of 61. Debra was a 1969 graduate of Will Rogers High School, where she also attended cosmetology classes. She was a beautician most of her life and owned her own beauty shop. She later got a job doing paint and fiberglass for American Airlines. Debra married her first husband, Tim Young, on February 11, 1969. From this union, three children were born, Catrina, Jennifer and Tony. She married her second husband, Amos Brown, on October 10, 1987. From this union, Debra's family grew to include three step-
children, Annette, Byron and Paulette. Debra adored and loved spending time with her 11 grandchildren, planting flowers and gardening. She always joked around, had a huge heart and was there for anyone that needed her. Debra is survived by her father, Alvin;
husband, Amos; two daughters, Catrina Young and Jennifer Young; step-children, Annette (Mike) Pruitt, Byron (Shawn) Brown and Paulette Boroughs; grandchildren, Abbie Lacy, Samantha Lacy, TJ Godfrey, Jesse Godfrey, Matt Pruitt, Kyle Pruitt, Brittney Brown, Aaron Brown, Victoria Brown, Lauren Boroughs and Lane Boroughs; future grandson, Phillip Bowen; and numerous other family members and friends. Visitation will be held from 5 PM-7 PM Tuesday, March 27, 2012 at the funeral home and a funeral service will be held at 10:00 AM Wednesday, March 28, 2012 at the Rolling Hills Christian Church in Catoosa with interment following at Wofford Cemetery. Services entrusted to Kennedy-Kennard, 918-266-2112 Memorial Video http://youtu.be/90hLjDyAtxE

To order memorial trees or send flowers to the family in memory of Debra wn, please visit our flower store.