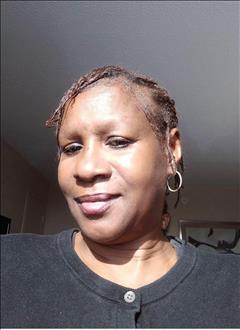 Denise Henderson (Cunningham) was born on July 22 1964 at Fresno General Hospital, to the proud parents of Lorine Stevenson and Ardis Cunningham. She was the second youngest of seven children. She grew up in North Richmond California. She attended Verde Elementary school, Helms Middle School and Richmond High School. She would later go on to attend Job Corps where she received her High School Diploma. In 1988 she had her oldest daughter Arlecha Artice Busby Harts. A few years later she moved to Arkansas where she conceived and had two more children. Her first and only son Kenneth Ray Jones Jr and her second daughter Lakendra Renee Jones. At the Tender age of thirty-five she met and married her husband Leonard Edward Henderson. They would later go on to separate but remained married.

To order memorial trees or send flowers to the family in memory of Denise Henderson, please visit our flower store.