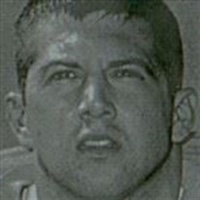 February 22, 2012 Denny Eugene Krout was born on March 21, 1945 to Gilbert and Lucille Krout of Enid, Oklahoma. Denny grew up in Enid and he attended Enid High School where he played football and ran track. To this day, Denny still holds the record for the fastest time in the 100 meter high hurdles at Enid High. Denny went on to play football for the Oklahoma State Cowboys from 1963 to 1967 under Coach Phil Cutchins. Denny played with notable Cowboys such as Walt Garrison (Dallas Cowboys) and Jon Kolb (Pittsburg Steelers)
among many other great players with whom he remained lifelong friends. While at OSU, Denny met the love of his life, Diana Lou Kretlow, who he was married to for 43 years until her Passing in April of 2011. "I married your father because he was the only guy who wasn't a complete push-over," Diana Krout said in 1996. Denny most enjoyed spending time with his wife and four sons. He loved taking family vacations to the mountains of Colorado and fishing with his boys. They may not have caught any fish, but they sure had a good time trying. Denny enjoyed attending all of his son's football games and then telling stories about the crazy things his boys did to the surgery staff at the hospital. Denny attended the Kansas City College of Osteopathic Medicine in Kansas City, Missouri where he earned his doctorate in medicine and surgery. He then completed a residency in the Orthopedic Surgery Department at the Oklahoma Osteopathic Hospital, now OSU Medical Center. Dr. Krout stayed on as a resident trainer at OSU Medical Center and practiced orthopedic surgery for 39 years. His wife Diana, eldest son Kyle, and parents Gilbert and Lucille preceded Denny in death. His brother Gilbert and sons, Derek, Dustin and Jed survive him. Dr. Krout enjoyed serving his community by giving the highest quality of care to his patients. He was well known for being a caring and compassionate physician. He lived a life that was certainly less ordinary and he enjoyed every minute of it. The world will be a little less bright without old Dr. Krout to tell you everything will be all right. A celebration of Denny's life will be held at 1:00 PM on Saturday, February 25, 2012 at the Boston Avenue United Methodist Church. Services entrusted to Kennedy-Midtown Funeral Service, Tulsa, OK 918-599-7799

To order memorial trees or send flowers to the family in memory of Denny Krout, please visit our flower store.