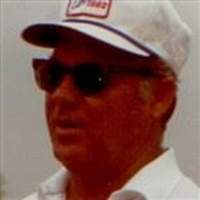 April 9, 2013 Donald Dean French "Dandy Don" 85, went to be with his heavenly father on Saturday, April 6, 2013. He was born on February 3, 1928 to Cecil and Jeanette French in Drumright, OK. He graduated from Drumright High School. He married his high school sweetheart Celestine "Tot" Goodman. They were married 66 years. He joined his brother-
in-law Earl Reynolds to form Reynolds-French & Co. in 1947 and retired as President in 1994. His son-in-law Kirk Chalmers purchased the company and his grandson Sandy Chalmers are now continuing ownership of the company. With his work he traveled all over the world, usually with Tot by his side. His vocational obsession was golf. He enjoyed playing world famous golf courses with his wife, his son, his son-in-law, and grandsons. He was a member of Southern Hills Baptist Church and Southern Hills Country Club since 1974, and Country Club of the Rockies. He was a 32nd degree Mason and an avid OU fan. He served 5 years on the Executive Board for the Southern Gas Association, and was Chairman of the Associate Members in 1985. He also served as Membership Chairman, setting a record for new company membership in 1981. He was very proud of his family. He is survived by his wife Celestine "Tot" French, daughter LaDon Chalmers and her husband Kirk; a son, Dr. Ron French and his wife Lucinda; grandchildren: Emily and Jason Burns, Sandy and Amanda Chalmers, Melissa and Jason Harlow, Dr. Kyle and Sarah French, Colin and Mandy French and 13 great grandchildren. In lieu of flowers, donations can be made to World Won for Christ Outreach Ministries, 1125 East 36th Street North, Tulsa, OK 74106, 918.425.5030, worldwon.org. Viewing is scheduled for 5:00-7:00pm Wednesday, April 10. Services will be held Thursday, April 11, 2013, 11:00am at Kirk of the Hills Presbyterian Church. A private interment will be at Memorial Park Cemetery. Kennedy-Midtown Funeral & Cremation, 918.599.7799, kennedycares.com.

To order memorial trees or send flowers to the family in memory of Donald French, please visit our flower store.