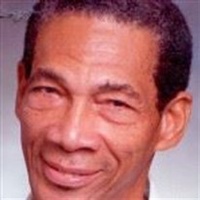 August 13, 2011 Hubert Worley Weekes was born in Port-of-Spain, Trinidad, West Indies (an island in Caribbean Sea) on May 25, 1922 to Edward and Marrietta (Lane) Weekes. He was a minister of the Church of God (Seventh Day) for over fifty years. He pastored his first church at age seventeen, and later served in Trinidad, Missouri, New York City and Oklahoma. Hubert was a printer by trade both in Trinidad and in the U.S. He received his education in Trinidad, Missouri and took courses by correspondence through Oxford University in London, England. He was an avid piano player and tenor singer. He loved to play cricket, soccer and in his later years, volleyball. His greatest love was for the Lord God Almighty. He studied the scriptures daily and prayed fervently. His depth of love for the church brethren was beyond measure. Many times at night before sleeping he and his wife played a game. Phyllis would read verses in the Bible and Hubert would guess what book, chapter and verse from which it was taken. He most often got them correct. For this reason he was later called the "Walking Concordance." This memory of scripture lasted about twelve or thirteen years into his illness. It lasted from his heart. Hubert loved to preach on the streets both in Trinidad and in the U.S. He witnessed extensively for Christ. He was proclaimed a "Friend of Israel" in the late 1960's by Ambassador Durand of Israel while he was on a visit to Trinidad. He was very happy about this. To him it was important to be a friend to God and His chosen people. Hubert loved fresh fruit. His brother Priestly said that he thought God created mangoes just for the two of them. He was best known for his peaceful disposition and Christ-like character. Hubert was unable to hold a grudge. He will be missed greatly by his wife of 39 years, Phyllis (Hayford) Weekes; seven children: Debbie-Ann Bagot, Autumn Weekes, Marcia Loggins, David Weekes, Heidi Khalil, Priscilla Albert, Autumn Weekes and Tabitha Weekes; seventeen grandchildren:
Tiffinnie Weekes, Alexander Weekes, Kanaan Khalil, Keziah Weekes, Elizabeth Weekes, Gregory Blackshear, Kinesa Khalil, Hadassah Albert, Alexandria Albert, Zion Albert, Ezekiel Albert, Malachi Khalil, Isaiah Weekes, Emerald Khalil, Elijah Weekes, Jubilee Khalil and Anicah Weekes; one great-grandson J'Shaun Sanders; sister Jean Campbell;
cousin who was like a sister, June Bobcombe; and scores of relatives and friends. He was preceded in death by his brothers: Edward and Priestly; sister Barbara; and first wife Bernice Weekes. Visitation: 5-7 P.M. Wednesday, December 3; service: 10 A.M. Thursday, December 4 at Church of God (Seventh Day), 13902 E. 11th St. in Tulsa; interment:
Wofford Cemetery in Catoosa. Kennedy-Amis-Kennard Funeral Service of Catoosa, 266.2112

To order memorial trees or send flowers to the family in memory of Hubert Weekes, please visit our flower store.