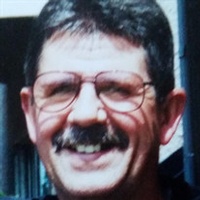 Was born to Stella and Joseph Bussell in Granite City, IL, he is surpassed by Joe Bussel, Dennis Bussell and survived by Connie Taylor, Floyd Bussell, Gary Bussell and James Taylor. He grew up in St Louis, MO. Later he moved to Moberly, MO and attended East Park High School. He graduated and enlisted in the Army in 1969. He later moved to Tulsa, Ok and met Teresa and they married on Valentines day 02/14/1991. Gene was active with praying and feeding the homeless of Tulsa and the Rehab Mentoring program for Veterans. Gene will be missed by all those lives he touched and were better for it.

To order memorial trees or send flowers to the family in memory of Irvin Hunt, please visit our flower store.