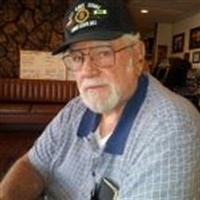 March 28, 2014 Jack Wesley Wise was born September 15, 1939 in Fullerton, CA to John Horton Wise and Faye Rose Wise and was the youngest of five children. Barbara "Alene" Jackley and Carolyn Louise Sharrock survive their beloved, younger brother and Jack was preceded in death by his sister Dorothy Ann Wise and brother John Horton Wise Jr. As a young man, Jack left the forest service to join Uncle Sam's Army and proudly served for more than 12 years. His years in the military were some of his fondest memories and friends and family will recall the many stories he liked to tell. Jack excelled at many professions and was confident in everything he undertook. He enjoyed working but what he delighted in most was his family. While stationed in Germany, Jack met and married Hannelore Farris and had his first child John Wise. Jack and Hannelore were married five years and over that period lived in Germany and in various locations throughout the United States where Jack was stationed. Among them were Denver, CO, Ft Sill, OK, and Maryland. This was an important time of his life that he spoke of often. Jack and Hannelore parted ways on good terms and Jack continued his service to the Army. Years later, he met and married Juanita Narvasa, a widow with five children he considered his own. Anthony, Steven, Anita, Linda and Susan were soon joined by a little brother, Jack Jr to finish this growing family. Later, in his late 40's, Jack married Maria Bojorquez and again, added three more children to his heart to love as his own. Juan, Indira and Pedro he considered to be three of his children and part of his family until the day he died. Finally, in 1997, Jack wed Linda Page. He immediately claimed Lisa and Jason as his own. It never mattered to Jack whether children had other parents, he always considered all twelve as his own. His heart always found room for one or two more. Jack and Linda made a great team in both business and life. They worked together building their business Herbs & More, first in Pryor, then moving to Tulsa. Jack was loved by his clients who weren't only from Pryor or Tulsa, but from around the world. Jack and Linda have clients in many other states and foreign countries and Jack was dedicated to them all. Jack was 6'4" tall and weighed over 340 lbs and was a gruff but loving teddy bear. We are convinced that one reason he may have been so large is to make room for his larger than normal sized heart. He described himself as "shy" but the rest of the world knew better. He had opinions on everything and shared them generously. That passion overflowed into all parts of his life. He had a sincere love for people and was generous to a fault. We have no doubts where Jack is today. He spoke to God on a daily basis and wasn't at all bashful about saying so. He will be missed on earth and welcomed in heaven. We only hope he'll put in a good word for the rest of us now that they are meeting face to face. http://youtu.be/bhZFlcrnkKE

To order memorial trees or send flowers to the family in memory of Jack Wise, please visit our flower store.