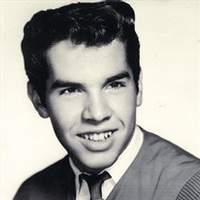 Jim Holland scratched on the eight ball after more than 76 years of running the table. Born to Edith and Clide Holland in Compton, California, Jim developed a love of El Caminos, Elvis Presley, playing pool, and fishing while growing up. As a parent, he passed those loves on to his children. After graduating from high school and trying several different lines of work, Jim saw an opportunity in computers and became one of the foremost experts in computer programming and the UNIX operating system. His knowledge led him to teach programming at Rogers State College in Claremore, OK and to found companies that developed medical billing software. Jim always had a thirst for knowledge and was a voracious reader. He enjoyed debating with his children and friends on any topic. He rarely conceded he was wrong but would admit to not knowing an answer. He would then read up on the topic and return for more discussion. Upon his retirement, Jim was known as the "S.O.B With All the Answers" by his friends at Magoo's in Tulsa, OK, whom we thank profusely for keeping track of him as he aged. Jim was preceded in death by his parents and sister, Bonita Larson. His survivors are his four children: Laura Trojan (Phoenix, AZ), Shawne Fox (Nineveh, IN), Tiffany Johnson (Tulsa, OK), and J.R. Holland (Fort Worth, TX). He is also survived by 6 grandchildren (all boys), 6 great grandchildren, and five ex-wives who all thought they could change him. Dad made it known that he wished he'd been a better father. We, his children, therefore encourage all fathers to be an active part of their children's lives and hope that our Dad has found the answers to life's great questions. In lieu of flowers, donations can be made to the THR Foundation - Ben Hogan Award, 1325 Pennsylvania Avenue, Suite 800, Fort Worth, TX 76104. A celebration of Jim's life will be held in late-September at Magoo's in Tulsa.

To order memorial trees or send flowers to the family in memory of James Holland, please visit our flower store.