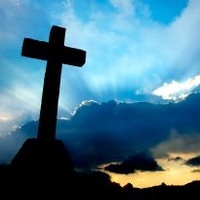 James A. Liner, Jr. was born on 7-11-37 in Kirksville, Missouri to Dr. J.A. Liner and Madelle Moses Liner. He grew up in Jenks where he graduated from high school in 1955. He attended OU and then graduated from Northeastern State University in Tahlequah. He received his Masters Degree from Sam Houston State in Huntsville, Texas.
He started his career as a teacher at Webster High School in Tulsa before moving to Texas. He taught Industrial Arts at Cypress-Fairbanks Independent School District and later became supervisor of Industrial Arts and Vocational Programs. He then moved to Huntsville Independent School District where he was Director of Vocational Programs. He retired from Trinity Independent School District in 1992.
Jim was a Masonic Lodge member for 50 years and also a member of the Akdar Shrine Indian Patrol. He was an avid fisherman, golfer and a member of the Green Country Mustang Club.
He is survived by his wife of 54 years, Ila Rimer Liner, his daughter Julie LeAnne Erwin and her husband Andy, granddaughter Rachel and grandson Nicholas, his brother Rob Liner and wife Terry of Houston, brother Richard Liner of Tulsa, his brother-in-law and sister in-law Jim and Carolyn Rimer of Catoosa, nephew Jimmy Rimer and his family and niece Tiffany Caffey and her family.
Jim's service will be Tuesday, June 27, 2017 at 10am at Mason Chapel at Asbury United Methodist Church, 6767 South Mingo at 10am. In lieu of flowers, the family asks you make a donation to the American Heart Association or your local no-kill animal shelter. Interment will be in Henderson, Texas.

To order memorial trees or send flowers to the family in memory of James Liner, please visit our flower store.