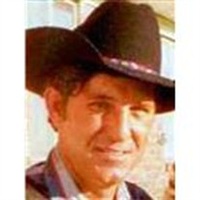 August 13, 2011 James Lee Powell, Jr., age 55 years, 3 months and 4 days, entered eternal life June 4, 2009 at his daughter's home in Haskell after a courageous battle with cancer. He was born March 1, 1954 in Bristow, OK to James Lee and Edith Mae (Roberts) Powell, Sr. James was 1of 12 children, 5 sisters and 6 brothers. He married Evelyn M. Rider on February 14, 1976 in Miami, OK. A longtime McDonnell Douglas (Tulsa Plant) machinist, and he was a member and worker for Mid South Iron Workers Union Local 584 until his death. He enjoyed hunting deer, squirrels and rabbits, and fishing, but most of all spending time with his grandchildren. James was preceded in death by a sister, 3 brothers, and both parents. He was a wonderful and caring father to Regina Lee Hammons and her husband Scotty, James Darris Powell and his wife Christina, and caring stepfather to Fonda Childress and her husband Matt, Donna Reeves and her husband Robert; special Poppa to Jesse Goodson, Jeffrey and Jacob Hammons, J.D., Hunter and Katelyn "Sassy" Powell, Blake, Adam and Lauren Childress, Brent, and Travis Tripp and Gary Rutland all of Haskell; special friends: David Martin of Haskell, Ron Smith of Hulbert, Bob Tidwell, Donnie Brown and Gene Brown, all of Haskell, Jack Young and Jim Carey, both of Hulbert. Visitation: 5-7PM Wednesday, June 10; service: 1PM Thursday, June 11 at the Chapel. Kennedy-Amis-Kennard Funeral Service, 251.5331, kakfs.com.

To order memorial trees or send flowers to the family in memory of James Powell, please visit our flower store.