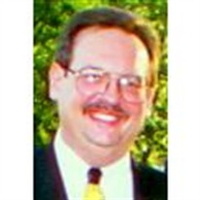 August 13, 2011 James Douglas "Jimmy T." Tatterson, age 54 years, 7 months and 26 days, entered eternal life May 1, 2009 in Tulsa. He was born September 5, 1954 in Tulsa to Roscoe and Pearl Tatterson. He married Kathy JoAnn (Ellison) Ramsey June 12, 1997 in Wagoner County. A very witty and funny gentleman, James enjoyed the Dallas Cowboys, cooking, especially pancakes and breakfast burritos, but most of all his grandchildren. He was preceded in death by his sister Marsha. In addition to his loving wife and Sean Palmer, both of the home, he is survived by his children: Amanda Tatterson, Ronnie Doggett, Greg Palmer and Julie Stone; 9 grandchildren; brothers: Daniel and Michael Tatterson. Bequests may be directed to Free in Christ Ministries, P.O. Box 252, Coweta, OK 74429, 277.4274, freeinchristministries.com. Service: 1PM Wednesday, May 6 at First Baptist Church of Catoosa. Kennedy-Amis-Kennard Funeral Service, 251.5331, kakfs.com.

To order memorial trees or send flowers to the family in memory of James Tatterson, please visit our flower store.