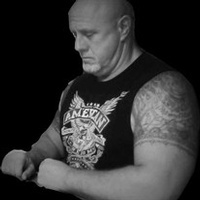 Jeffery Scott Parnell moved to Heaven on June 16th, 2017. Jeff was born in Inglewood, California on June 1, 1960, to Tom and Sue Parnell. He was raised and educated in Ponca City, OK. In earlier years, Jeff operated Parnelli's Pizza business in Nowata and Pryor, Ok. He graduated Bacone College, in Muskogee, OK, with the highest academic honors at that time and was near completion of a math degree from Oklahoma University, with a 4.0 grade point average. Riding his Harley motorcycle was one of his greatest enjoyments. Recently, Jeff posted online, daily Bible teachings and encouragements, with 5,000 followers. Encouraging others was his greatest joy. One of his quotes was, "Some prefer a church building with bells, but I prefer to run a rescue mission just outside of hell". He was a member of God's Shining Light Church in Tulsa, Oklahoma.
Jeff was preceded in death by his father, Tom Parnell. He is survived by his mother, Sue Parnell of Florida, two brothers, Michael Parnell and Mark Parnell, four children, Kristen Lins, Paige Koff, John Michael Parnell, Destiney Aragon and nine grandchildren
A celebration of life memorial service will be held at God's Shining Light Church, 9897 E.11th St. in Tulsa. Pastor Dixie Pebworth officiating.

To order memorial trees or send flowers to the family in memory of Jeffery Parnell, please visit our flower store.