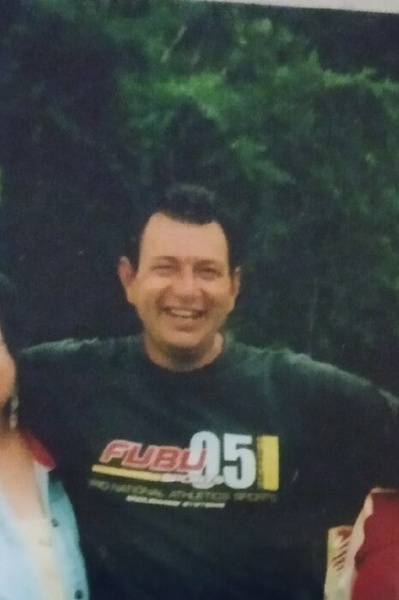 Jessie Dean Childers was born Dec 13, 1969 to Glenda Van Woudenberg and Gary Childers. He was born Creek Indian of the Wind clan. He left this world on 11/13/21 and entered Heaven, his new home. He believed in Jesus and accepted Him. He is married to Andrina Morgan Childers. He has 3 sons, Jessie Jr., Lora Opothleyaholaone, & Mikko Floyd Childers & Daughter/Brianna Childers & step-daughter. He loved his children very much and spoke of them daily. One brother David Ray Childers of Lawton Okla. born Oct 30, 1970. And still living his maternal two uncles & five aunt's. He worked as a Laborer in several Factories, a Chef, & at a Funeral Home in Oklahoma City. He graduated from Glenpool High school. He enjoyed creating Indian jewelry & Godseyes., reading books about his Native Heritage, & helping the homeless. He loved talking about spiritual teachings learned from mentor Pastor Charlie Simmers, He was Baptist at his family church Newtown Methodist Church in Okmulgee. He loved the Lord Jesus and talked hours about Jesus if you would listen. He was born with a spiritual gift from the Lord. He was very sensitive to feeling people's spirit and would speak about their health problems. Also, he had a deep love for his family. Jessie was preceded in death by his loving mother Glenda Childers 12/13/20, who is laid to rest in the family Miller Cemetery. Father Gary Childers 11/27/2013. Maternal grandparents Elmer & Esther Van Woudenberg. Material great grandparents Samuel & Sarah Simmers. Mat great great-grandparents John & Effie Berryhill Miller. Aunt Susan Van Woudenberg, Uncle Samuel Van Woudenberg, all his great uncles & aunt's and native relatives on the Trail of Tears.

To order memorial trees or send flowers to the family in memory of Jessie Childers, please visit our flower store.