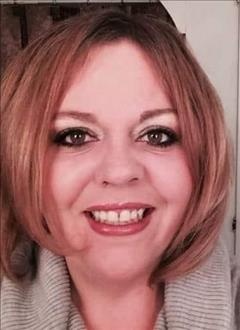 On the morning of Saturday January 16th 2021 Jessie June Fowler age 38 peacefully passed away from complications of a right lung lobectomy at Ascension St. Johns medical center in Tulsa Oklahoma. She had been battling this and related issues since the fall of 2020 and her body just couldn’t overcome its effects.

Jessie as most knew her by “Jess” was born February 23rd 1982 in Valentine NE, She attended Stapleton Public School in Stapleton NE and later acquired her GED. She also attended Josephs College of Beauty in North Platte NE.

As a child Jessie spent most of her time following around her Dad on the family farm tending the animals. From kittens, piglets, ducklings, calves and baby colts she loved them all. When she wasn’t following around her Dad she was outdoors playing in the mud, riding her horse “Jake”,or helping her brother with outside chores. She spent countless hours talking about being a Veterinarian when she grew up so she could spend everyday with all Gods precious animals. Her love for them never faded.

As she got older she spent more time helping her Mom at the Wheel Bar & Grill learning to cook and wait on patrons after school and weekends. This is where her skills in the kitchen became a way of life as she held many jobs as a waitress or cook staff, she excelled at both. Moms way of cooking was the only way of cooking as she would say as she could near duplicate her moms most popular recipes from memory. She was very resourceful and even used her talents to start a catering business on the side to help pay the bills or pay for extra things that were needed.

Later in life Jessie enjoyed watching her daughters grow up and make her proud. She also enjoyed spending time with family and friends. Paula Brosseau, Lisa Reiter, and Janet Barnum were very special and were same as family to her, They along with family played a major part in her life from beginning to its end.

Jessie’s wishes were cremation. A grave side service will be held date is TBD.
In lieu of flowers a memorial is being established for her two daughters at Community First Bank of Stapleton Nebraska.

To order memorial trees or send flowers to the family in memory of Jessie Fowler, please visit our flower store.