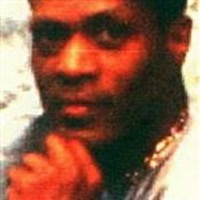 January 24, 2012 In Loving Memory of Jessie Lee Scott. Jessie was born February 5, 1965, in Tulsa, Oklahoma to Blanche Marie Scott and Jessie James Scott. He was blessed many talents.Jessie attended McLain High School where graduated in 1983 and then went on to purse an Associates Degree in Nursing at Platt College. As a young boy, Jessie attended Mount Rose Baptist Church, were he was baptize. He was very active doing the Lords work. One of his blessings was singing for the Lord. He later joined Beautiful Gate Church of God and Christ where he became the director of the choir. Cosmetology was another one of his talents. At an early age he became a Master Hair Stylist which was a permanent part of his life. Jessie had a passion for helping people. He also worked for Kindred Hospital for 8 year as a Nurse Tech until his passing. Family was most important to Jessie, he love planning and hosting family gatherings along with interior decorating. Proceeding him in death were his father, Jessie James Scott; his sisters Janice Marie Scott and Patricia Ann Scott; and brother, Shawn Terrell Scott, (3) uncle's Roosevelt Scott, Horace Scott and Phelix Scott and (1) aunt Ederest Hill. Jessie leaves to cherish: his (2)
children Gabriel and Tia Scott-Lord; Life Time Partner, Michael Lord; His mother Blanche Marie Scott, (7) siblings, Beverly Jackson, Alisha Scott, Linda and Todd Hawkins, Clarence Scott, Christopher Scott, Lashawna Scott and Stepbrother Gabriel Scott all of Tulsa, OK. (2) Aunts Claytee Johnson of Oakland, CA and Hazel Borders of Kansas City, Missouri and one uncle Leon and Sharon Scott of Oklahoma City, OK And a host of nieces, nephews and cousins. Kennedy-Midtown Funeral & Cremation, 8 N. Trenton Ave., Tulsa, OK 74120, 918.599.7799, kennedycares.com

To order memorial trees or send flowers to the family in memory of Jessie Scott, please visit our flower store.