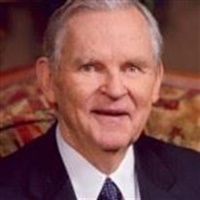 May 2, 2013 Joe Armon Plemons, 86, died on April 20, 2013 in Tempe, Arizona. Joe was a native Oklahoman and a long-time resident of Catoosa, where he was born to Viola Blair Plemons and William Albert (Allie) Plemons. Joe was a tribal member of the Cherokee Nation and grew up on the family farm that originated with 70 acres in Red Bud Valley. The land was allotted to Joe's maternal grandmother, Emma Ruddles Blair, when the Federal government took over all of the land belonging to the Cherokee Nation. After graduating from Catoosa High School, Joe joined the Navy at age 17. Joe served his country during World War II and the Korean War. He made 13 trips to Japan, landing often at Yoko-Souka Bay, and spent one year in the Philippine Islands. Joe served aboard the USS LSM-368, LSM-174, LSM-180, and the Windham Bay before being honorably discharged in 1954. Between active duties, Joe attended one year at NEO, finishing his studies at the University of Oklahoma School of Pharmacy, receiving his degree in 1953. He then moved to Amarillo, Texas where he worked as a pharmaceutical salesman for Pfizer Co. Two years later, Joe returned to Oklahoma to begin his career at Raley-
Shaddock Pharmacy in Tulsa, located on the corner of what would later become known as Cherry Street and Quaker Ave. Joe began his own business in 1969, operating as Plemons Pharmacy in Catoosa, OK until his retirement in 2000, marking the end of his 52 year career. Joe was active in the Catoosa community. He was a longtime member of the Chamber of Commerce, named Citizen of the Year in 1996, a member of the Masonic Lodge #185, the Catoosa Old Timers Reunion Committee, the Catoosa Historical Society, and a Director for the Board of 1st Bank of Catoosa. Joe spent his leisure time golfing, flying out of Sam Riggs Airport in Verdigris, attending Catoosa High sporting events, and attending OU football games. Joe was an avid OU fan. He converted his Illinois-born wife of 47 years, Clovia (b. 1930, d. 2007), sufficient to making the Plemons household a "Boomer Sooner, Go OU!" household. Joe will be remembered as a gentleman, a devoted son, husband, father, and grandfather, as well as for his quiet acts of kindness. Many will remember his sense of humor and his love of a good joke. Joe was preceded in death by his wife, Clovia Martin Plemons and his brother, Alan Leon Plemons. He is survived by his daughters and their families: Patti Flanagan and her son Tom Flanagan of Tempe, AZ;
Rebecca Magee (Clifford) and their son Grant of Tulsa, OK; and Jeana Hopper (Dan) and their son Gage of Colorado Springs, CO. Services honoring the life of Joe Plemons will be held on Monday, May 6, 10:00 a.m. at the First Baptist Church of Catoosa with interment at Dick Duck Cemetery. Kennedy-Kennard Funeral & Cremation, Catoosa, 918.266.2112, kennedycares.com.

To order memorial trees or send flowers to the family in memory of Joe Plemons, please visit our flower store.