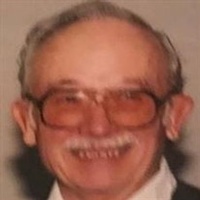 Funeral services will be held for Joe Westley Todd on Friday, February 16th at 1 p.m. at the First Baptist Church of Catoosa. There will be a visitation at the Kennedy-Kennard Funeral Home between 4-6 p.m. on Thursday, January 15th.
Joe passed away Friday evening, February 9th, 2018, surrounded by his family. He was born April 26th, 1934 to Carl and Trudie Todd in Ellsinore, Missouri. From 1953 to 1955, Joe served his country overseas in the armed forces as a Specialist 3rd Class AUS. After returning home, he worked as a machinist for GASO Pumps and, later, he worked for Gould Pumps in Tulsa. Following retirement, he became a founding partner in the 89er Gun Shop, a family-owned business in Chelsea, Oklahoma. Joe married Glenna Wilder in 1992, and they spent 25 years together in love and faith. Outside of work and family, he was known for his ability to build and repair anything and everything; and he was an avid woodworker. He also spent much of his time outdoors: hunting, fishing and gardening. Additionally, Joe was entirely dedicated to and proud to be a member of the First Baptist Church of Catoosa. As one of the longest serving members, Joe attended and worshipped there for 52 years. He was preceded in death by his parents, sister Alice Joy Roberts and brother Donald Bissing. He is survived by his wife Glenna of the home, his son and daughter-in-law Tim and Judith Todd, and his granddaughter Chelsea Todd.
In lieu of flowers, memorial contributions can be made to the First Baptist Church of Catoosa.

To order memorial trees or send flowers to the family in memory of Joe Todd, please visit our flower store.