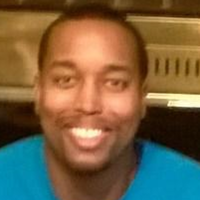 On December 30th, 1985 John Thomas Jessie Sr. was born to Richard Jessie and Angelya Gordon in Ardmore Oklahoma.
John Hammond was a father figure during his early years. He attended Eugene Fields elementary, Hamilton Middle School, and Nathan Hale High School in Tulsa OK. He married his wife Lisa Jessie in 2007 and they had three handsome sons Johntae (11,) J’vion (10), and John Jr (9). John Jessie was a family-oriented man who enjoyed reading his bible and taking care of his Pitbull dogs. He was an ordained youth Minister and attended Mad Ministries in Tishomingo, OK. He loved to sing and to fish in his spare time.

To order memorial trees or send flowers to the family in memory of John Jessie Sr., please visit our flower store.