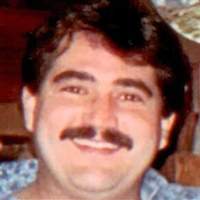 Joseph Carl Purdy was born on September 9, 1960 in Lubbock, Texas to Wanna June Purdy and Joe D. Purdy. Joe attended and graduated from East Central High School and then went on to achieve his Associate's Degree in Computer Science. He applied his education in becoming a computer programmer at Sabre for American Airlines as well as Met Life. Joe was a kind and Christian man who enjoyed playing the guitar, listening to music, going to church, cheering on the Texas Longhorns and was definitely a whiz on the computer. Joseph Purdy passed away in Tulsa, Oklahoma on October 7, 2016. He was preceded in death by his brother: Richard Lee Purdy and leaves behind to cherish his memory, parents: Wanna and Joe Purdy, sister: Beverly Ann Montgomery, brothers:
Michael Keith Purdy and Maxwell Todd Purdy, as well as many nieces, nephews and friends.

To order memorial trees or send flowers to the family in memory of Joseph Purdy, please visit our flower store.