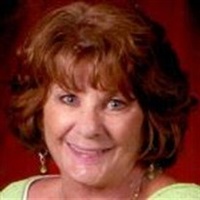 September 13, 2011 Karan Weaver passed into the arms of our Lord and Jesus Christ on the morning of September 10, 2011. She had a great love and gratitude for the friends and family who shared and assisted her journey through life. Karan was born on May 23, 1946 to Elgin and Frances Stanford of Tulsa, Oklahoma. After attending McClain High School she married the love of her life, Gary Weaver, and settled in Tulsa. While raising 5 children, Karan was also the office manager and co-owner of Port City Lumber Company in Catoosa. Later, she relocated with her family to Catoosa and opened K2C Sportswear. Karan volunteered with several school organizations, the church, and the Chamber of Commerce. She was instrumental in the passage of school bonds to improve and expand Catoosa Schools. In 1995, Karan was presented the Citizen of the Year award by the Catoosa Chamber of Commerce in appreciation of her years of service to the community. Karan loved to dance and sing and she was a life long fan of Elvis Presley. Karan was preceded in death by her father, Elgin Stanford. She is survived by her husband Gary Weaver; daughter Eileen, daughter Carrie and her husband Bryan Rogers, daughter Andrea and her husband Tim Hudson, son Daniel Weaver, son Raymond Weaver, 3 brothers, 3 sisters, 13 grandchildren, 3 great-grandchildren, and many nieces and nephews as well as numerous friends. The family has entrusted Kennedy-Kennard Funeral & Cremation in Catoosa. A viewing will be held at on Tuesday September 13th, from 5:00 to 7:00 p.m. Those who wish to share in the remembrance of her life are invited to attend services held on Wednesday, September 14th at 10:00 a.m. at Woodcrest Freewill Baptist. Kennedy-Kennard Funeral & Cremation, 918.266.2112, kennedycares.com

To order memorial trees or send flowers to the family in memory of Karan Weaver, please visit our flower store.