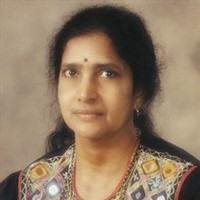 Lalitha K Palepu, 70, from Nellore, Andhra Pradesh, India passed Thursday morning July 23, 2015. She is the daughter of Subramanyam Naidu Kunichetty and Rajeswari Chilaka. She is also survived by her husband, Ramakrishna Palepu, two sons, Pavan and Vivek Palepu, daughter-in-law Britney Palepu and grandson Jackson Palepu. She moved here with her husband in 1974 to Ft. Worth, TX and in 1983 they moved to Tulsa,OK. She was an English Lit professor and then co-owned Aircraft Cylinders of America with her husband in Tulsa, OK. Services will be held at 10:00 AM on Wednesday, July 29, 2015 at Kennedy-Midtown Funeral and Cremation at 8 N. Trenton Ave, Tulsa, OK 74120. In lieu of flowers, the family asks donations be made to the National Parkinson Foundation. If by check: The National Parkinson Foundation Gift Processing Center, P.O. Box 5018 Kennedy-Midtown Funeral & Cremation, 918.599.7799, kennedycares.com.

To order memorial trees or send flowers to the family in memory of Lalitha Palepu, please visit our flower store.