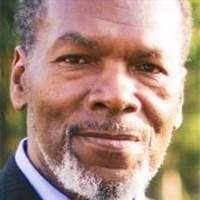 Larry Wayne Alexander was born June 29, 1948, to Curtis and Velma Alexander (nee Pitt)
in Evansville, Indiana. A 1966 graduate of Thornton High School, Larry also attended Thornton Community College, both in Harvey, Illinois. On May 27, 1972, he wed Vernita Clark and together they migrated to Tulsa, Oklahoma, where they would raise their four children. Larry followed God's call to evangelism, passionately proclaiming the Gospel of Jesus Christ over decades of ministry across the United States. As Vietnam-era Army veteran, Larry's ministry reflected his strong support of veteran services. Throughout, he remained a mentor to countless young people and a civically active member of Oklahoma's Republican Party.
Reverend Larry Alexander passed peacefully, surrounded by family and loved ones, on December 12, 2016, in Tulsa at the age of 68. He was preceded in death by his mother Velma Alexander, stepmother Dovie Alexander, sister Laurel Alexander and brother Dwight Alexander. Memories of Larry will be cherished by his father Curtis (Delores)
Alexander of Harvey, IL; sons Daniel (Kristi) Alexander of Edmond, OK, David Alexander of Washington, D.C., Samuel (Stephanie) Alexander of Portland, OR, daughter Rachel Alexander of Tulsa, OK, and their mother Vernita Alexander of Tulsa, OK; his sisters Adrienne (John) Johnson of Lexington, KY, Patrice (John) Hughes of Troy, MI, and Eulalia (Timothy) Barnes of Detroit, MI; and a host of relatives, friends and co-laborers in Christ.

To order memorial trees or send flowers to the family in memory of Larry Alexander, please visit our flower store.