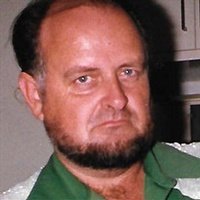 Larry Alvis Pruitt (Sr), 67, was born on November 24th, 1947 in Mangum, Oklahoma to Hurshel Herman and Floye Francis (Turner) Pruitt. Larry passed away on May 21, 2015.
Larry was preceded in death by his parents and one brother, Tommy Pruitt. Larry is survived by his children: Lori Ordway, of Ardmore, OK and Larry Pruitt, Jr and wife, Cathy, of Waldorf, MD; his grandchildren: Tiffany, Destiny, Trisha, Kevin, Whisper, Andrew, and Paige; his great-granddaughter: Emileigh; and his siblings: Charlotte Howard and husband, Jim, of Mangum, OK; Grace Lantz and husband, Charles, of Amarillo, TX;
Hurshel Pruitt and wife, Linda, of Yorktown, TX; Kenneth Pruitt and wife, Sherry, of Tulsa, OK; and Charley Pruitt and wife, Sherry, of Tulsa, OK.
Larry was born and raised in Mangum, OK. Larry graduated from Mangum HS in 1968. Larry married Marilyn Cayot in 1969. They made the decision to settle down and raise their children in Mangum. Larry later moved to Tulsa, OK to be closer to his parents. Larry's children will remember him as always helping others even if it meant that he would do without. Larry will be missed greatly by all that had the privilege of knowing him.
Larry's services have been entrusted to the Kennedy Midtown Funeral Home in Tulsa, Oklahoma with visitation from 6pm - 8pm on Tuesday, May 26th, 2015 and from 9am-
10:30am on Wednesday, May 27th, 2015. Larry's service will directly follow the viewing at 10:30 a.m. on Wednesday, May 27th, 2015at the chapel Kennedy Midtown. KennedyCares.com.
A graveside celebration will be held for Larry at 11:00 a.m. Thursday, May 28th, 2015, at Roselawn Cemetery in Mangum, Oklahoma. Graveside services are under the direction of Greer Funeral Home of Mangum. Online condolences are available at GreerFuneral.com.
In Lieu of flowers, memorials in Larry's name may be made to help someone else (ex:
homeless shelter, local soup kitchen or food bank).

To order memorial trees or send flowers to the family in memory of Larry Pruitt, please visit our flower store.