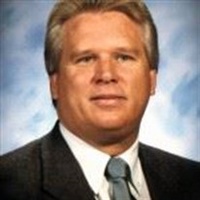 June 27, 2013 Lloyd Dean Hensley was born in Tulsa on August 11, 1942, to Cecil and Mazie Hensley. Lloyd was proud to grow up on Tulsa's west side and attend Webster High School, graduating in 1961. After earning a degree from Northeastern State University in Tahlequah in 1965, he began an outstanding career in the Tulsa Public School system, serving for 29 years as coach, teacher, counselor, and administrator, mostly at his alma mater Webster. He also managed Glenview Farm in Verdigris for over 30 years. Lloyd committed his life in marriage to Diane (Phillips) Hensley more than 49 years ago. Their three childrenKimberly, Greg and Steveblessed them with nine grandchildren:
Andrew, Madeline and Ellie (Kim and husband Matt O'Meilia); Emily, Greyson, Blake and Jonas (Greg and wife Cindy); and Cal and Eli (Steve and wife Kristi). "Papa" Hensley was their personal coach, donut deliverer, and comedic relief in all situations, appropriate or not. In addition to Diane, his children and grandchildren, Lloyd is survived by his brothers Arnold, Ken, Fred and Danand numerous nieces and nephews. Lloyd was a wonderful son, husband, father and grandfather who loved his family and friends, and was loved equally in return. He was an avid hunter, fisherman and lover of the outdoors. He always found humor in any occasion, always remained positive, and never uttered an unkind word to anyone. He was a role model of hard work, fair play and seeker of a good barter deal. Lloyd died in Tulsa on June 24, 2013. A memorial service will be held at 11 a.m. on Friday, June 28, at Chapel of Saint Anna at St. Simeon's Episcopal Home, 3701 Martin Luther King, Jr. Blvd. in Tulsa. In lieu of flowers, please donate to the Alzheimer's Association.

To order memorial trees or send flowers to the family in memory of Lloyd Hensley, please visit our flower store.