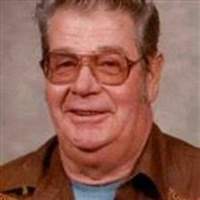 April 11, 2012 Lloyd Harold Sultz passed away on April 7, 2012 in Tulsa, OK at the age of 77 years, 8 months and 7 days. He was born on July 31, 1934 in Westville, OK to Raymond Carlton and Elsie Mae (Tyler) Sultz. Lloyd was a master plumber and enjoyed spending time with his family and friends. He especially loved motorcycles, fishing and boating on Grand Lake. Lloyd was preceded in death by several brothers and sisters; son, Tommy Lee Sultz; and wife, Victoria Sultz. He is survived by the mother of his children, Sharon Sandefur; son, Larry L. Sultz and wife Angie; daughter, Kim Fullerton; 9 grandchildren; 7 great grandchildren; and numerous other family and friends. Visitation will be held from 10AM-7PM Thursday, April 12, 2012 at Kennedy-Midtown Funeral Home and a Funeral Service will be held at 2PM Friday, April 13, 2012 at the Kennedy-Midtown Chapel. www.kennedycares.com

To order memorial trees or send flowers to the family in memory of Lloyd Suz, please visit our flower store.