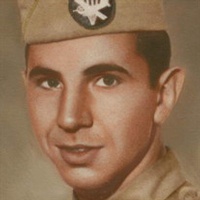 Louis John Sacco was born on November 14, 1928 in Brooklyn, New York to Geatano and Giovanina Sacco. Louis was preceded in death by his brother: Thomas Sacco and his sister: Connie Sacco. Louis is survived by the mother of his children Carol Sacco, children: Louis Sacco (Arnez) of San Diego, CA, Cara Simons (Greg) of Broken Arrow, OK, grandchildren: Anthony Sacco and Conner Simons, siblings: John Sacco of Sterling Heights, MI and Frank Sacco of Marquette, MI. Louis was loved by many and will be missed by all. In lieu of flowers, contributions can be made to Porta Caeli House at https://portacaeli.org/.

To order memorial trees or send flowers to the family in memory of Louis Sacco, please visit our flower store.