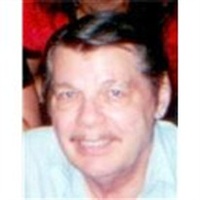 August 11, 2011 Mahlon Argo Bastion II of Wagoner, 70, entered eternal life December 23, 2010 at home with his wife Connie and 3 dogs at his side. He was born August 7, 1940 in Wichita, KS to Mahlon Argo and Darlene (Costello) Bastion. He married Connie (O'Neal) August 7, 1980 in Sapulpa. A longtime Tool and Die Quality Control Engineer, Mahlon was a member of Masonic Lodge #522. Mahlon was a joker who enjoyed fishing, hunting, his dogs and especially his grandchildren. Mahlon was preceded by his son Butch in 1991. In addition to his loving wife Connie Bastion, he is survived by his children: Michelle Thompson, Amanda Jackson and Robert Stewart; 8 grandchildren; 3 great-grandchildren; and 3 dogs. Service: 2PM Tuesday, December 28 at the Chapel. Kennedy-Kennard Funeral &
Cremation, 918.251.5331.

To order memorial trees or send flowers to the family in memory of Mahlon Bastion, please visit our flower store.