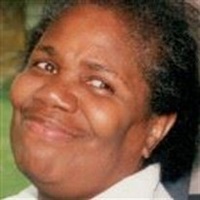 January 17, 2014 Marilyn was born on August 28, 1943. She was the youngest child of Floyd and Mary Smith and affectionately called Baby Sister. Her four older siblings looked after her and were very protective. Marilyn married Clarence Cardwell on June 27, 1964, and was given the gift of six children: Carla Cardwell, Kimberly Cardwell, Clarence Cardwell Jr, Jeremy Cardwell, Christina Cardwell, and Jamie Cardwell. After 20 years of marriage, she was blessed with grandchildren. Carla's children are Mark, Kia, Ashley, Homer Jr. and April. Kim's children are Keesha, Jesse James, Marilyn, Lakeit, Marquez, and Kaylin. Christina gave birth to twins Jamaya and Jamonte and Journey was born later. Jamie's children are Sadie and twins, Courtney and Camrey. Each child was received into the family with joy, hope, and love. Marilyn and Clarence Sr. left St Louis 28 years ago trusting that God would make a way out of "no way". They packed up and headed west with no particular destination in mind. Marilyn's undying love is medicine for the heart and Tulsa has become a haven for many St Louis family members. Marilyn's niece, Karen, found refuge here the first Christmas after her mother's death. Marilyn's brother, Melvin, received 24-
hour care here during his battle with cancer. Marilyn stayed very connected to St. Louis and attended many family reunions. She was at the bedside of both her brother Wendell and her sister Darlene before they passed away. Marilyn's death was a shock-- there will never be another with such a sweet, gentle, and loving disposition. She is preceded in death by her parents, Floyd and Mary Smith; her sister, Darlene. Her brother Floyd Jr., her brother Melvin Sr., her brother, Wendell; her sister-in-law, Princella Smith; and her in laws:
Elizabeth Tuggo, Annie Cardwell, Ruth Clark Cardwell, Maddie McCledon, Bertha Johnson, Joe Cardwell, and Mary Larkin. She is survived by her husband Clarence Cardwell Sr. and all of her children, grandchildren, and great-grandchildren.

To order memorial trees or send flowers to the family in memory of Marilyn Cardwell, please visit our flower store.