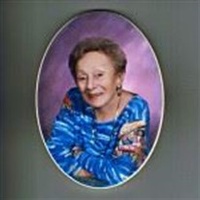 We are so sad to announce the passing of our beloved mother and Grandmother Mary Emily "Em" Basolo. While we feel great pain and a sense of irreplaceable loss, we are comforted in knowing that she now rests with our loving savior, that she is no longer in any pain, and that we will meet her again someday in Heaven. Em was the heart and soul of our family. She was our rock! She was a force of nature. Whatever our need was she would help if it was within her power to do so. She was a very direct and straight forward individual. She was strong in her beliefs, sharp of mind, unselfish, and unconditional in her love of family. She loved spending time with family and friends. She was born December 18, 1924 to Harold and Clarice Snyder in Oklahoma City, Oklahoma. She was born at home. Her maternal grandfather wanted her born at home because he was afraid that the babies might be mixed up at the hospital and they would get the wrong child. She grew up in Oklahoma City and attended the University of Oklahoma where she graduated with a degree in Accounting. She was a member of Kappa Alpha Theta Sorority while at OU. She met Joe Basolo while attending OU. They married as soon as he returned from serving in World War II and they moved to Muskogee in 1946. They had 62 wonderful years together before he passed away in 2009. They owned and operated Basolo Auto Parts from 1946 until 1984. The employees of Basolo Auto Parts were considered as their extended "family". They loved them a lot. She had a good life. She and Dad loved to travel and went on many wonderful trips. They had many friends that they enjoyed spending time with. She had played bridge in the same bridge club since 1946. They loved Muskogee and enjoyed their life and time there. Grace Episcopal Church was her church home. She was blessed that Dr. Tom Honea and his wife gave her a ride to church when she could no longer drive. She so appreciated Greg Sinclair and his wife who brought her communion weekly when she could no longer attend church. She volunteered in the church office until her health declined. She was so strong and courageous during her last years. She rallied and rehabbed many times to keep going despite very difficult health challenges. She had a great sense of humor and never complained about difficult health situations. She would make a joke if her foot was bandaged that she was going out for the football team. She was preceded in death by her husband Joe Basolo, parents Harold and Clarice Snyder and her daughter Dr. Susan Kennedy. She is survived by her son John Basolo of Tulsa, OK, daughter Nancy Green of Broken Arrow, OK; grandchildren Tom Kennedy and his wife Hayden, Dr. Joe Kennedy and his wife Sarah, Bryan Green, Brandon Green, and Jonathan Basolo; great-grandchildren Graham Kennedy, Brody Kennedy, Julia Kennedy, and Iris Kennedy. We will dearly miss her loving presence and guidance. She was always so caring and interested in our lives. We know that she is watching over us and we will see her again in Heaven. "Those we love can never be more than a thought apart, for as long as there is Memory, They'll live on in our heart." The family requests that in lieu of flowers that Memorials be made in Em Basolo's name to:
Grace Episcopal Church, 218 North 6th Street, Muskogee, OK 74401. Viewing: 5-8PM, Thursday, February 19, 2015, Foster-Petering Funeral Home, Muskogee, OK. Services:
10AM, Friday, February 20, 2015, Grace Episcopal Church, Muskogee, OK. Interment:
Greenhill Cemetery. Kennedy-Midtown Funeral & Cremation, 8 North Trenton Avenue, Tulsa, Oklahoma, 918.599.7799, kennedycares.com. http://videos.lifetributes.com/569656

To order memorial trees or send flowers to the family in memory of Mary Basolo, please visit our flower store.