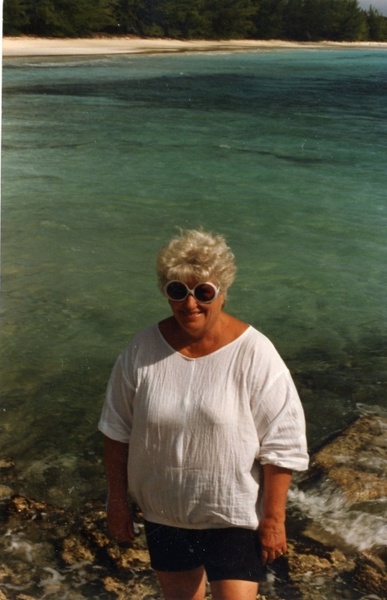 Mary Lucille (Allen) Hendrix went to be with her Heavenly Father September 3, 2021 at the age of 90.

The daughter of Leslie and Agnes Allen of Talala, Oklahoma, she was born on August 10, 1931 at Claremore Indian Hospital. Mary was raised in Talala, where she completed her high school education, then went on to further here education at NSU in Tahlequah, Oklahoma, where she studied Interior Design. She enjoyed various adventures during her life, all the while trying to make a better way in this world for herself. The majority of her life was spent in her career with Southwestern Bell in Houston, Texas in 1952, later transferring to Tulsa in 1966. Mary worked as a manager and service assistant during her career with Southwester Bell, continuing through the merger with AT&T. Completing 40 years of service. After retiring, she wanted to see the world, and so she did! Traveling to Europe, Italy and New York. Although she enjoyed traveling, visiting with her sisters and eating their good cooking and catching up, talking about the old days, were trips she looked forward to the most. Settling down a bit, grandkids began to enter the scene and Mary spent every camping trip. She was invited on fishing, swimming, and roasting hot dogs over a campfire with the grandkids, finishing off the Smores that the kids just couldn’t put away.

Branson, Missouri became her home away from home. There she spent most of her time with friends, she met there, going to shows, or shopping for a bargain. Christmas was her favorite time of the year, and in Branson it was a must, to see the lights and feel the Spirit of Christmas. Mary never met a stranger. She made friends everywhere se went. Just sitting on a bench, she would make a friend.

Residing with her daughter Melanie and her husband Barry, in the country, Mary enjoyed watching the birds feed on her feeder and watering her plants and watching them grow.

Aches and pains at 89 began to set in, as you can imagine, but when the great grandkids ran through her door, it all disappeared and she’s say “Can I get a hug and kiss?, it doesn’t cost you anything.” We don’t know who was loved more, Granny or the kids. They spent endless hours drawing straws for her daughter and hiding Easter eggs till all the candy was gone.

To order memorial trees or send flowers to the family in memory of Mary Hendrix, please visit our flower store.