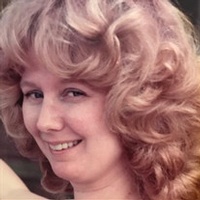 Mrs. Melinda Egan, formerly Ellison, of Tulsa, Oklahoma, passed away on March 13, 2017, at the age of 63.
Mindy was born to John and Rosemary Ellison on March 28, 1953 in Dallas, Texas. She grew up in Tulsa, Oklahoma with her older sister Janice Benner and her younger brother Jimmy Ellison. She graduated from Memorial High School in 1971. She received her Bachelor of Science in Nursing from St. John's, alongside her sister Janice. She later received her Bachelor of Science in Education from Northeastern State University, whereupon she began teaching at various schools in Tulsa, including Marquette and Jenks. She was also a Master Gardener, finding the most joy being outside with her plants!
Mindy married James Egan on March 20, 1976, sharing 41 years with the love of her life. They had two children, Katie Egan and Annie McMillen, and two precious grandchildren, Piper and Liam McMillen.
She is preceded in death by her parents John and Rosemary Ellison, her sister Janice Benner, and her brother-in-law Jerry Benner.
She is survived by her husband Jim Egan; her daughters, Katie and Annie; her son-in-law Mitchell McMillen; her grandchildren, Piper and Liam McMillen; and her brother Jimmy Ellison.
Funeral services will be held at Christ the King at 10 a.m. on March 18, 2017 with Father Matthew Gerlach officiating. Arrangements are by Kennedy Funeral Home.

To order memorial trees or send flowers to the family in memory of Melinda Egan, please visit our flower store.