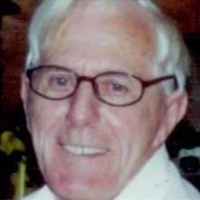 Melvin Bud Canady 78. Born Dec. 1 1936, in Sayre, Okla. to Cecil and Nona Canady, entered into eternal life on Wednesday, August 12, 2015 at his home in Claremore, Okla.
He was preceded in death by his parents Cecil and Nona Canady, Wife, Clara Canady, Son, Wes Canady, Brothers, George, Loye(Snookie), Truman and Willie Canady. Sister, Joyce Hall.
He is survived by his sister, Louina Green, Children, George and Debrah Canady, Penny Sue Thaxton, Donna and Creston Whitney, Laura Lee and Jerry King and Richard Canady. 11 Grandchildren and 7 Great-grandchildren. with the info for the viewing and service.

To order memorial trees or send flowers to the family in memory of Melvin Canady, please visit our flower store.