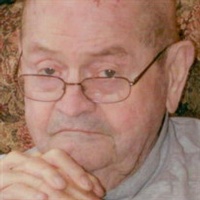 Melton Earl "Zeke" Ramsey, 84, of Verdigris, Oklahoma was born in Catoosa, Oklahoma on February 3, 1933 to Dewey and Jimmie Ramsey. He passed from this life on January 24, 2018.
Zeke attended Catoosa Public Schools, graduating in 1951. He received his Bachelor and Masters' Degrees in Secondary Education from Northeastern State University in Tahlequah, Oklahoma. He served in the U.S. Army during the Korean Conflict. He married Loretta Scott on July 4, 1953. He was a teacher and coach for more than 30 years. He retired from teaching and "hit" the road with Loretta, as she traveled to different parts of the U.S. as a consultant for Ford Motor Company. He enjoyed getting to play golf in a number of locations and getting to see a lot of the U. S.
The man loved to "mow"
He was preceded in death by his wife of 58 years, Loretta, his parents, Dewey Ramsey and Jimmie Yancy, sisters, Catherine and Maxine. He is survived by his son Mike and wife Shelley, his daughter Robin and wife Kathy, and Valerie and husband Terry. He is also survived by his grandchildren, Jason, Ashley, Jake, Ben, Caleb, Casey, and Lindsey and their families and 11 great grandchildren.

Lisa lit a candle in memory of Melton Ramsey

To order memorial trees or send flowers to the family in memory of Meon Raey, please visit our flower store.