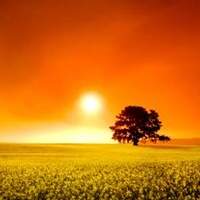 Memorial Services for Michael Aaron Holt will be held at 2:00 p.m. Friday June 29, 2013 in Kennedy Chapel under the direction of Kennedy-Kennard Funeral Home, Catoosa. Michael Aaron Holt passed away Saturday, June 22, 2013 in Claremore at the age of 60. He was born March 27, 1953 to Aaron A. V. & Geneva J. Holt, Claremore where he was raised and attended Claremore High School. Michael worked over 30 yrs in the Claremore and Tulsa area in the carpet and tile trade and he had been part business owner of A & H Carpet of Claremore. Michael loved outdoors camping, hunting and fishing with his family but his greatest love of all was his children, grandchildren, nieces and nephews. Michael was young at heart and well known for playing practical jokes on his friends and family. He was always up to something mischievous and plotting his next joke. He had an infinite laugher when he had pulled a joke over on someone and he certainly never let anyone live it down. A reflection of his laughter will live on in the hearts of his family and his laughter willl be etched upon our hearts forever. Michael leaves behind his three children Michael Shon Holt and wife Meagan, Oologah, daughters Ashley Holt, Oologah and Angela Sumter, Tulsa. Four grandchildren, Tyler, Riley, Isaiah and Eden. Brother, Terry Carpenter and wife Darlene, Claremore. Sister Joan Povich and Husband Ronald, Murfeesboro, TN. Long time dear friends, Jake Sears, Mike Lewis and special cousin David Phillips.

To order memorial trees or send flowers to the family in memory of Michael Ho, please visit our flower store.