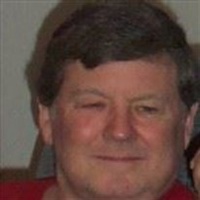 Michael Ray Stapp of Collinsville, 67, entered eternal rest on February 5, 2015 in Tulsa, OK. He was born on June 14, 1947 to Ray and Mary Kay Stapp in Tulsa, OK. Michael was a Certified Public Accountant for many clients and enjoyed mystery shopping and the Stock Market. While Michael's life in our minds was cut short, it was the right amount of time for him to be here sayeth the Lord. He was a faith driven man and was always anxiously waiting for the time when the lord would call. He always said his body was only a shell, he is no longer there and only wanted a pauper's burial. We, as selfish people left behind do this service for ourselves. He is already enjoying the beauty and riches our Lord has promised us if we just repent our sins and are born again. He may seem to be simple in his daily life, but left a lot of mystery for those of us that were still trying to peel back his layers. He was a caregiver. He wanted to take care of my mom, Linda and always asked about my grandma, LeAnne. He was there for advice when I asked, and even though he never had kids, knew, we might not take it as he was wasting his breath, but he freely gave it. Michael was a good friend and boyfriend to my mom and a good friend to her family. I told him once that when he took my mom to be his girlfriend, he got her baggage too. That meant her three kids, their spouses and their kids as well. Maybe the thought of that was too much. (Haha) We, I, will miss him and his oddities that I never got to fully understand. Survived by his loving girlfriend; Linda Crawford; Linda's children: Connie Thomas of Tulsa, Robyn Burnette (Jim) of Collinsville, Chris Crawford of Broken Arrow and all their families; dogs: Mercy and Gracie. Viewing: 4-8PM, Wednesday, February 18, 2015, Kennedy-Midtown Chapel; Graveside services: 2PM, Thursday, February 19, 2015, Wofford Cemetery, Catoosa, OK. Kennedy-Midtown Funeral and Cremation, 8 North Trenton Avenue, Tulsa, OK, 918.599.7799, kennedycares.com.

To order memorial trees or send flowers to the family in memory of Michael Stapp, please visit our flower store.