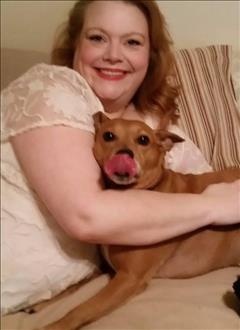 In loving memory of Michele Renee Akers Robinson Cavin. Michele received her angel wings on 1-7-2021. She was born on April 1, 1968, in Oklahoma City, OK. She grew up in Diamond, Missouri, and moved to Tulsa, Oklahoma in 1981. Over the last ten years, she managed a hotel.

Michele is survived by her mother, Linda Akers of Tulsa, her son Kevan and wife, Trista Robinson, her grandchildren Kenzi, Mason, Bryleigh, and Addison of Tulsa. Also, her son Mikel Robinson and Amber McColpin, grandchildren Kenny and Ellie of Tulsa. Her sister, Melissa, brother-in-law, Rick McCracken, her nephews Blaine Bunch and Ryker McCracken, and niece Kaylee McCracken of Tulsa.

She was preceded in death by her grandson, Mikel Lucas Robinson Jr., and her father, Michael Donald Akers.

To order memorial trees or send flowers to the family in memory of Michele Cavin, please visit our flower store.