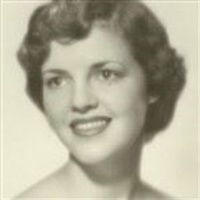 December 14, 2013 Nancy Louisa Holloway Rea was born May 14, 1931, to Virginia Louisa Smith and Stephen Dean Holloway in Norman, Oklahoma. She attended school in Oklahoma City except for the years her father was based on Boca Raton, Florida during World War II. On graduating from Classen High School, Nancy attended Randolph-Macon Woman's College for two years before transferring to the University of Oklahoma where she pledged and joined the Kappa Alpha Theta sorority. Nancy graduated O.U. with a Bachelor of Arts degree in Spanish and History, with minors in French and Political Science. Following graduation from O.U., Nancy worked at the Tumor Clinic at University Hospital, remaining active as a member in Kappa Alpha Theta, an active volunteer with the American Red Cross and was President of the French Heels. Nancy later worked at Kerr-McGee, Stanalind Oil Co., and the Bynum Black and Rogers law firm. She later took a position with Crested Butte Limited during the ski area's development and was a regular contributor to the Gunnison newspaper. A move to Austin, Texas brought employment first at the University of Texas School of Law and later as the Administrative Assistant to the Director of the Texas Employment Commission. Nancy's interest in volunteer activities kept her busy with the Pan America Society and designing and fabricating costumes for the Austin Civic Theater. On June 13, 1970, Nancy married William Joseph Rea, Jr. of Muskogee, Oklahoma and moved to Tulsa. In Tulsa Nancy found many interests and volunteer opportunities, including continued involvement in the Kappa Alpha Theta sorority, with Boston Avenue Methodist Church, the United Methodist Women, and held numerous state and local offices in the Daughters of the American Revolution (DAR), the Dames of America, Dames of the 17th Century, Jamestown Society, Dames of the Court of Honor, and Oklahoma Heritage Society. She enjoyed many trips to Washington, D.C. to participate in DAR national conventions as a delegate and officer and enjoyed doing genealogical research for herself and others. Nancy also did volunteer work with the Boy Scouts of America, Philbrook Pacers, the Tulsa Garden Club, and Cascia Hall Preparatory School. She was a voracious reader on many subjects: history, biographies, geography, historical fiction and native American history. Nancy is survived by her husband, William J. Rea, Jr., son James Griffin Rea, sister and brother-in-law, Margaret and E.S. Wells, nephew Stephen Wells, niece Mollie Wells Davids and cousin Hon. William J. Holloway, as wells as many beloved nieces, nephews and cousins. Bequests may be made to Boston Avenue United Methodist Church, Homebound Ministries, Good Samaritan Fund, Daughters of the American Revolution Tulsa Chapter, and the Oklahoma Medical Research Foundation. Services will be held at Boston Avenue United Methodist Church in Tulsa on Saturday, December 14, 2013 at 1:00 p.m. Brief reception to follow.

To order memorial trees or send flowers to the family in memory of Nancy Holloway, please visit our flower store.