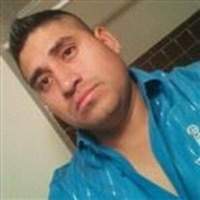 July 11, 2012 Nelson Vasquez passed from this life on July 4, 2012 in Siloam Springs, AR at the age of 24 years, 7 months and 3 days. He was born on December 1, 1987 in Guatemala to Clementino Alverto Vasquez Ventura and Margarita Faviana Ixlas Orozco. Nelson enjoyed playing soccer, dancing, spending time with his numerous nieces and nephews, and hanging out with his family and friends. He was preceded in death by his sister, Anabely Fuentes. Nelson is survived by his parents of Guatemala; brothers, Esvin Alberto Vasquez Ixlaj of Tulsa, Robinson Fuentes and wife Sylvia of Tulsa, Fredy Fuentes and wife Edilma Orozco of Tulsa, and Elijio Fuentes of Guatemala; sisters, Elvvia Vasquez of Guatemala, Sandy Vasquez of Guatemala and Ester Vasquez of Guatemala; and numerous aunts, uncles, nieces, nephews and freidns of Tulsa and Guatemala. A funeral service will be held at 7:00PM Sunday, July 8, 2012 at the Kennedy-Midtown Chapel with interment following at the Guativil Cemetery in Guatemala. www.kennedycares.com

To order memorial trees or send flowers to the family in memory of Nelson Vasquez, please visit our flower store.